skip to main | skip to sidebar

Keith Oblemann the NO. One Douche Bag Suspended without Pay

MSNBC has finally fired Keith Oblemann for donating to three Democratic candidates after calling out FOX for donating to Republicans. He said FOX was unethical because they donate to FOX candidates.
MSNBC announced yesterday that Keith Oblemann one of the two most sexist men on TV has been suspended without pay. The news set off my facebook page with both Conservatives and Hillary supporters who remember the sexism of the Primary of 08 and how he attacked Sarah Palin in the same offensive ways.
This news makes me happy because Keith is considered to be the Worst Person in the World to a lot of people like me who watched as he attacked Hillary Clinton because she dared to run for President when he wanted Obama. He insulted her and made fun of her because he does not want a woman to be President. He is quick to call out Conservatives for sexism but in 08 he proved he was far more sexist then any of the Conservatives he calls out but no one is buying his story anymore.
Posted by Hillarysmygirl16 at 2:00 PM 1 comment:

GOP Takes The House in Major Sweep. Do YOU NEED US NOW?

Two years ago today a lot of PUMAs including myself were upset because of the injustice that we witnessed during the 2008 Primary between Hillary Clinton and Barack Obama. Two years ago we watched as this man became the 44th President. We PUMAS were boycotting Democrats unless they were loyal to Hillary. We worked our butts off for John McCain or Cynthia McKinley when they lost we felt like we had been slapped in the face. It hurt us because during most of the year he and the entire Democrat-Yes Democrat-Party told us Hillary people that we were no longer wanted in the new Democratic party but big mouth dummy Donna Brizzile.
Personally I don't hang out with people who don't want me around so I stopped hanging with the Democrats and switched to the Republicans. Not one Republican told me he didn't want my vote in fact they welcomed me with Open arms.
Now two years later and after the Dems suffered heavy losses they lost the house and only hold a small majority in the Senate the country sent our Congress and our President a strong message.
Will Barack Obama listen to the American people and work with the GOP or will he just become a lame duck. Will he continue to tell the GOP to get to the back of the bus or will he welcome them with open arms? To soon to tell but if he wants a second term he better remember Tuesday or he and the entire Democrat Party have no hope of surviving. They need to silence Donna Brizzile who offends we PUMAs every time she opens her mouth. They have to prove themselves and get rid of that Health care law. I don't see them trying to do that even though it is Health care reform that ended the careers for a lot of Congressmen and women and Senators.
I hope Obama reaches out to the GOP for the sake of our Country.
I am still celebrating our victory two years in the making.
Posted by Hillarysmygirl16 at 8:44 AM No comments:

My Fight With Cancer

I haven't written for a while because I have been very ill. On April 22,2010 I was told they found something on my spleen and the doctor's believed it was cancer.
Suddenly I found myself in and out of the hospital. I found myself in and out of the hospital. The doctors weren't sure where the cancer was located so I underwent months of tests and got more and more ill.
Finally I found a doctor who decided my cancer was in my spleen where they found the lesions. On September 24 TH I had my spleen removed and with it my immune system.
Now I have to be careful with any illness including a cold or flu because now I have nothing to fight the germs.
I have a disease that may make the cancer attack other organs and must be followed but it may never strike again.
I may have this horrible disease but I cannot worry so much about rather or not the cancer will return but living the fullest life I can.
I am alive and I will continue to live.
Posted by Hillarysmygirl16 at 7:09 PM No comments:

What to Do With The Inner City? Lets Start With Listening

I am a Conservative Independent and as such I have the privilage of blogging with both the Democrats and Republicans. Both have good ideas with what to do to help the Inner City.
As most of my readers know I am not only from the inner city I remain here. So what is a ghetto girl going to do with all this advice.
Everyone in both parties say JOBS and EDUCATION and that sounds like a perfect solution but in reality its going to be very difficult to put those plans into effect until you understand what is going on here. Its going to be hard to study with bullets flying over your head. Jobs are also good, however, its going to be hard to convince a young person that working at McDonalds is better then selling crack on the block.
What we need to do is change the Mentality in the hood. We need to figure out a way to stop killing each other over stupid things. We get into these beefs with each other and want to start killing. So Person A kills Person B then Person B's people kills Person A and a vicious and violent cycle continues. We are doing what the people who flooded our communities with drugs wanted in the first place.
We have to repeal the Rockerfeller law and get those men doing life sentences for selling crack out of prison. We need to make sure that the sentence fits the crime. There is no way selling Crack should get you more time then murder.
We also have to get rid of the Mentility that says "Education is for White people." First of all our history proves that this is false. Slaves risked their lives to learn to read and write. Former slaves worked all day in the fields then came home and attended school. Sounds like those slaves and former slaves thought education was important.
Frankly until the people who live here get rid of the mentiliy that is killing us then well intentions on both sides of the Ailse are not going to help.
We have overcome a lot of hardships but now the biggest threat to the hood is ourselves.
Posted by Hillarysmygirl16 at 11:14 AM No comments:

Rap Music Perpartrating the Myth of the “Ho”

Rap Music Perpartrating the Myth of the &#8220;Ho&#8221;
I wrote this because I m tired of watching and listening to little girls in my hood rap about things they know nothing about. I am sick of seeing women in rap represented by only those who play the "Ho".
I witnessed during the Primary of 2008 when people said "Bros Before Ho's" this in reference to a former first lady and US Senator.
We female Hip Hop fans need to speak up
Posted by Hillarysmygirl16 at 11:57 AM No comments:

March is Women's History month. This is not as well known as Black History Month and most schools do not celebrate Woman's History Month.
Last year when I was a Moderator on Hillary's Village I worked on a Woman's History thread and was amazed about a lot of different things that women have done throughout history. I want to know why this is not celebrated in schools. Are girl children supposed to continue to think they haven't paid any part of history. They just were the mothers, daughters, and sisters of men.
It is time for schools to celebrate Women's History month. March is special for me because I now have two beautiful granddaughters who were born in March.
I have a brand new granddaughter born on the first day of Spring in 2010 and another one who turned one. I am watching my children become adults. I am celebrating not only the history of women but also the future.
Posted by Hillarysmygirl16 at 10:34 PM No comments: 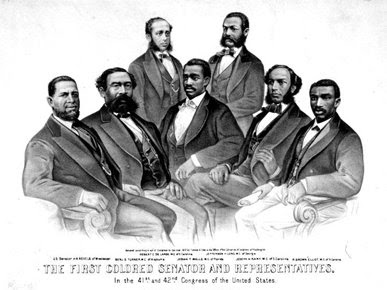 The civil war ended slavery Andrew Johnson was lenient on the Confederate States which made the Radical Republicans angry. They passed the 14TH admendment giving African Americans American Citizenship and forced the Confederate South to ratify these laws or be refused back into the Union. The 15TH admendment gave Universal male sufferage and black men could now vote in the South. There were a lot of black men elected to office during this time there were blacks in both the House of Representatives and the Senate.

The Southern Whites were losing control and used terriorism against African Americans. Once Restoration ended and the Federal Government left the south several states enacted "black codes" which kept black people from enjoying their new found freedom and keeping them as a source of labor. It is during this period of time that lynching of black people was on the rise. Black men had the right to vote but if they did they took the chance of being lynched.

Jim Crow was born out of the black code laws and everything in public was segregrated based on race. Public fountains and rest rooms had two seperate signs one saying "Whites only" and "Colored only" African American men were lynched for any number of reasons. They were also beaten and castrated. "Reckless eyeballing" or looking at a white woman could get you killed in the South.

The North also had Jim Crow but it wasn't legal but it still existed. Lynchings also happened in the North although not as much and states like PA close to the Mason/Dixon line had the majority of lynchings in the North.

African Americans began to leave the South often in the middle of the night and began moving to the North. This began the move from Southern Plantations to Northern Ghettos.

A family would move North and establish a life then go back home and bring more people out of the south into the ghetto.

This frightened the Southern Whites who saw their source of cheap labor disappering to the North The KKK would often try to frighten people into remaining by whipping people or lynching a couple of people who tried to escape. This lead to the middle of the night migration.

This 100 year period was one of the darkest periods of African American history. There were more black men, women, and children killed during this period then during slavery. During slavery black people were valuable property the Masters would have killed a poor white person for killing a slave and get away with it.

Once slaves were free and no longer valuable their lives became less important and the result was wide spread lynchings and abuse.

During this period of time the Harlem Renisence took place African American art like books, music, and poetry were all the rage. Whites wanted to read books written by African Americans. They wanted to sit in places like the Cotton club and listen to black music.

Posted by Hillarysmygirl16 at 11:38 PM No comments:

How Bad Will the Democrats lose in Nov? 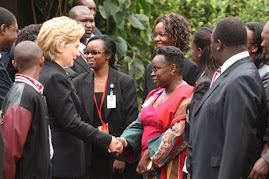 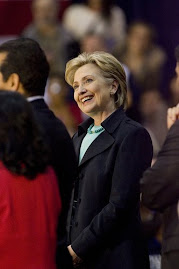 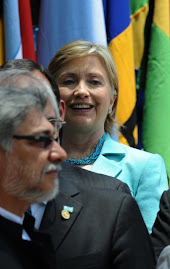 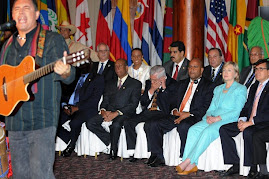 Hillarysmygirl16
Hillary inspired me by her historic run for the White House. I am using my voice to stand up for those who have also lost their voices. This blog is not just about Hillary but about the issues effecting women and girls as well as others. Hillary cared about everyone and felt everyone deserved a voice.